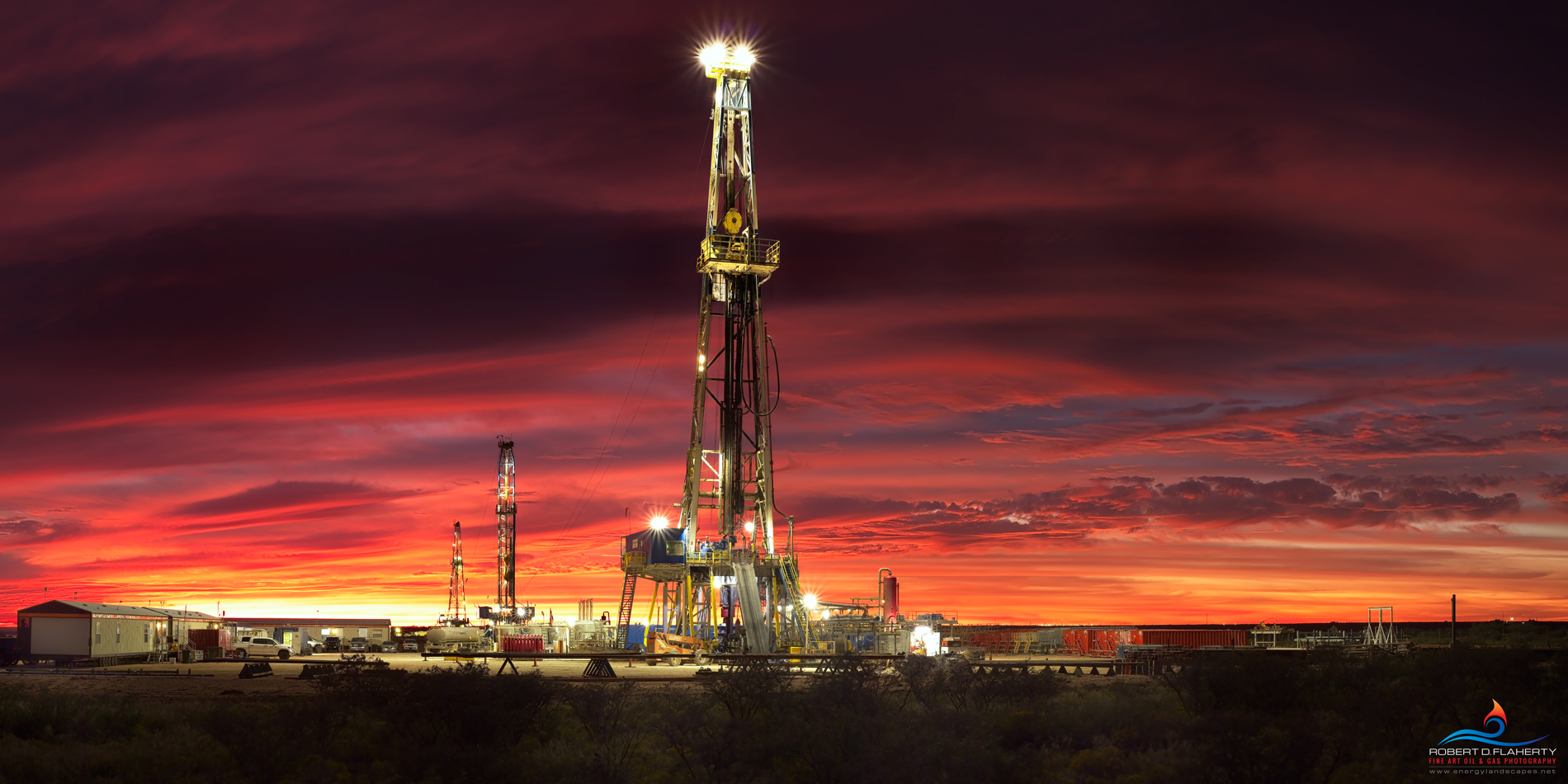 Working In The Wild West End II is the second in series of photographs featuring a multi well pad drilling operation in far Western Lea County New Mexico. The images were taken in late October and November 2019. While 2019 has seen a 20% decline in the Delaware Basin rig count Northwestern areas such as Lea County New Mexico have seen a substantial increase in drilling activity. Cherry picking the most productive locations has finally shifted away from The Southern Delaware Basin to locations further Northeast including far Western Lea County. In Jal New Mexico, population 2000, it is not unusual for the main intersection to back up 5 miles West in heavy oilfield traffic each evening.