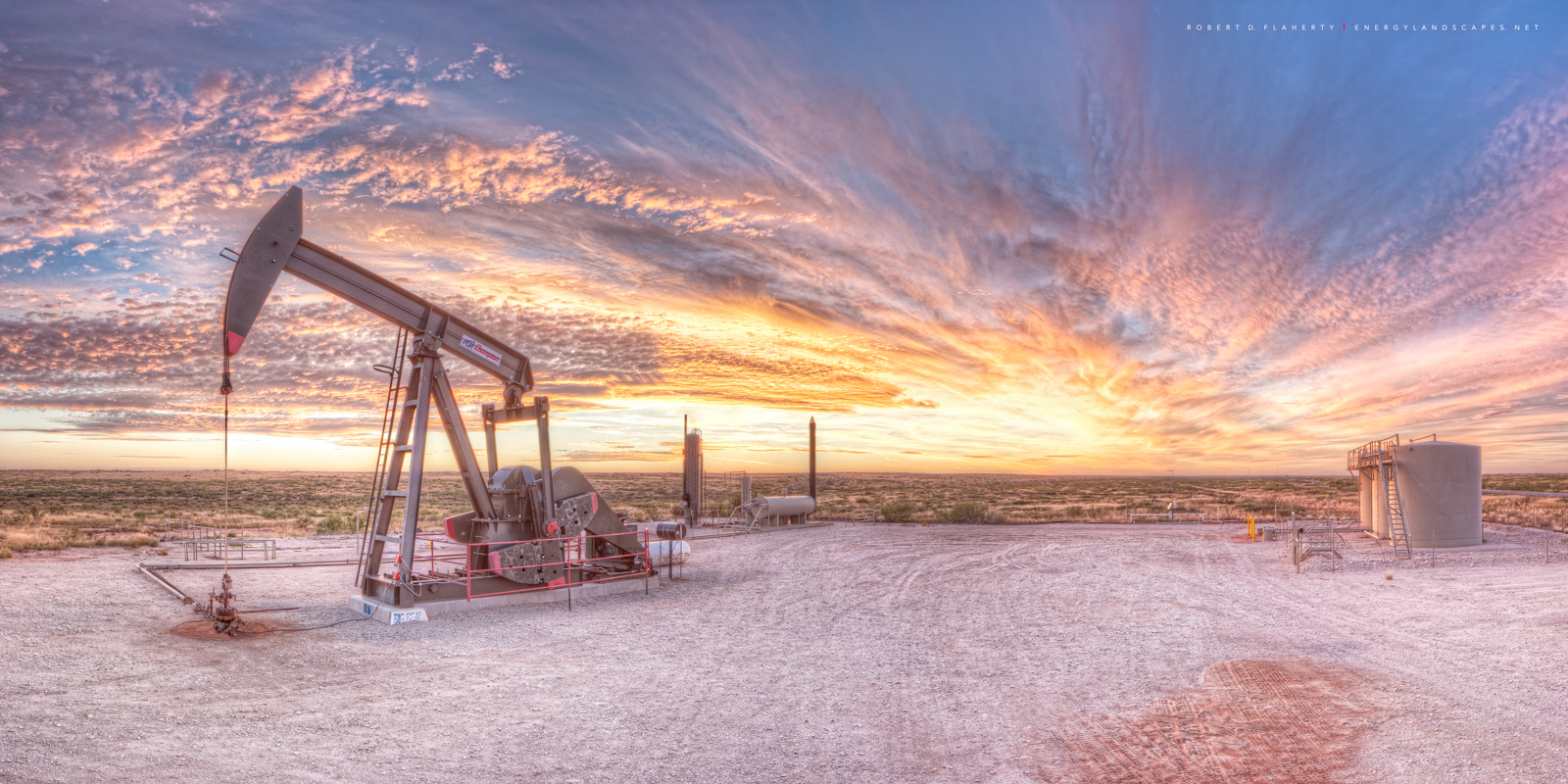 "Sunset At Outland" features a Champion pump jack or pumping unit on a Devon federal lease in far Western Lea County New Mexico.  A long set of exposures captures the rapid movement of a Jet Max moving through the mid and upper atmosphere. A Jet Max is a core of rapidly moving wind in the upper atmosphere.  The wind at 30,000 feet was blowing out of the west at 220 knots.  A fetch of moisture originating off the coast of Baja Mexico is seen caught up in the wind and being rapidly ejected eastward.   The photograph is a 160 megapixel composite featuring multiple focus points using the newly released Zeiss 55mm f/1.4 Otus Distagon.  The result is an image with near perfect focus in all zones near to far.  The image may be printed 60x120" with no loss of detail and architectural Installations are available up to 30x60 feet.  The image will be the featured artwork for February at Taste@508 a European Cafe and coffee shop located across the street from the Petroleum Club in downtown Midland Texas. Photo © copyright by Robert D. Flaherty.