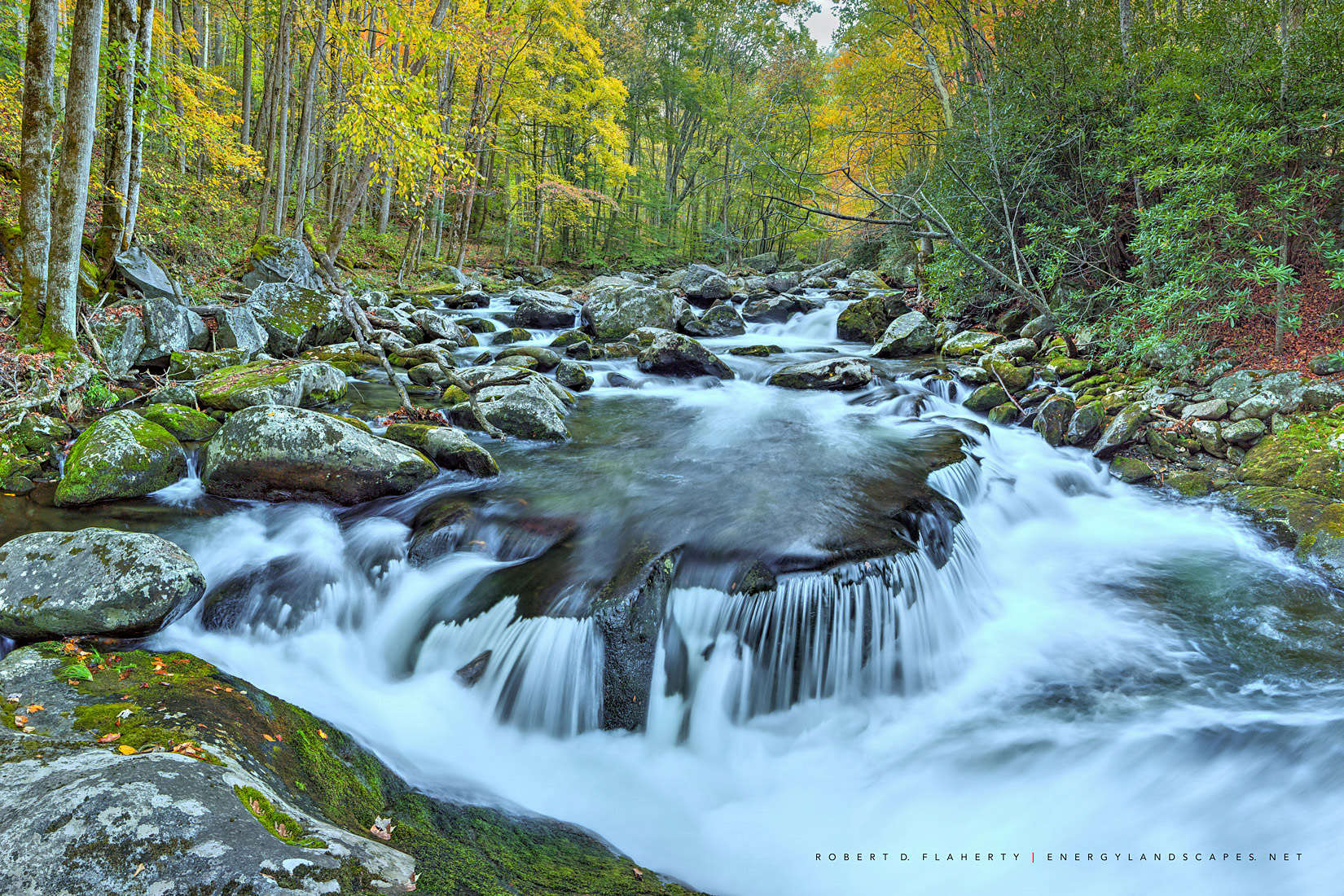 The Magic Returns was photographed on the Tremont River in the Great Smoky Mountains National Park in late October 2017. This was my 4th trip photographing the rivers of The Great Smoky Mountains on the Tennessee/ North Carolina border.  The location is often referred to as Tremont Falls as it lays on the upper reaches of the Tremont River in Eastern Tennessee. Each year I evaluate wether to photograph the great Smoky Mountains during the Fall leaf change from Mid October through early November. The last two years I declined to photograph due to low water levels due to persistent drought. The drought conditions culminated in the Fall of 2016 when over 3000 structures were burned in the Galinburgh area.  This is a standard size print; however it is actually a six panel panoramic composed of 48 high resolution images at seven levels of light. The image is a featured print during Spring 2018 at my studio gallery At Top Side overlooking Ruidoso New Mexico.